Corporate merger and acquisitions are highly technical transactions with a lot at stake for all parties involved. It can take thousands of hours of dedicated work to finalize this type of deal and the last thing you want is to commit time, energy, and money to the process only to have one party back out at the last minute. For this reason, the early stages of any merger and acquisition should involve a carefully drafted and negotiated letter of intent (LOI) that is signed by all parties. 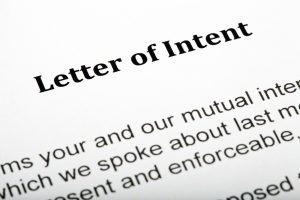 What is a Letter of Intent?

Before you begin the merger and acquisition process, both parties should be on the same page regarding the basic terms of the transaction. These terms are set out in a letter of intent that the parties can review and negotiate to ensure they are in general agreement regarding the basic terms of the final agreement before they commit resources to the transaction. Though you want the terms of a letter of intent to be attractive to the other party, you should also always be realistic.  Disputes can arise later in the M&A process that can halt the process and you could even be accused of acting in bad faith.

Generally speaking, a letter of intent should contain the following:

Having the assistance of an experienced Silicon Valley merger & acquisition attorney can greatly increase the validity of a letter of intent. There are many factors and considerations that go into a merger or acquisition in addition to what was mentioned above.

Protections Provided by a Letter of Intent

When entering into a merger or acquisition, it is critical to make sure both parties are on the same page.  Letters of intent are the best way to outline the negotiations and can provide important protections, but can also result in liability. You should always have a qualified Silicon Valley business attorney draft or review a letter of intent to ensure your interests are protected. Call Structure Law Group, LLP at 408-441-7500 or fill out our online contact form for more information.