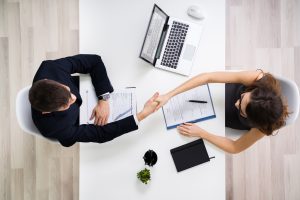 Classifying workers as employees or independent contractors has many different legal implications. In recent years, massive litigation efforts from big companies like Uber have highlighted confusion in this area of the law. This confusion led to the passage of AB-5, which was signed into law in September 2019. The law creates a test for determining whether a worker should be properly classified as an employee or an independent contractor. Business owners should understand this law so they can apply it properly to all workers and thus avoid unnecessary liability.

How AB-5 Changed the Rules of Classification

The new test for classification is known as the “ABC Test”:

Part A: Is the worker free from the control and direction of the hiring entity in the performance of the work?

If a worker’s performance can be controlled and directed by the employing entity, this indicates they are an employee. “Control and direction” are examined in both a hiring contract (if one exists) and in the actual facts of the case.

Part B: Does the worker perform work that is outside the usual course of the hiring entity’s business?

If, for example, a tech company hires a plumber, that work is not in their usual course of business. But engineers who are hired to perform the company’s usual product output would be considered employees under this test.

Part C: Is the worker customarily engaged in an independently established trade, occupation, or business of the same nature as the work performed for the hiring entity?

When the ABC Test Applies – And When It Doesn’t

According to the California Department of Industrial Relations, the ABC test applies to:

Currently, the ABC test is limited to application in employment issues (such as wage and hour disputes or eligibility for unemployment benefits). The ABC test has not yet been applied to other situations outside of the employer-employee relationship.  For instance, no court has yet ruled on whether a hiring entity can escape vicarious liability for the negligence of its workers if an independent contractor did not meet the requirements of the ABC test.  But since employers can still face liability for misclassification and employment violations, it is important to get legal advice before classifying any worker as an independent contractor.

The experienced California business lawyers at Structure Law Group know how to protect business owners from employment liability. We can help your business enact hiring practices and employment procedures that will limit your liability and ensure compliance with current employment laws. Call (408) 441-7500 to schedule a consultation or contact us online.