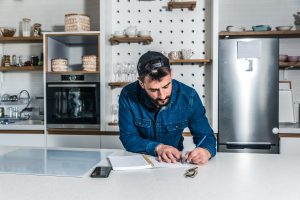 As an employer, it can be difficult to keep up with the ever-changing landscape of employment laws. Specifically, we are talking about California’s laws regarding the classification of independent contractors. These laws have seen several changes over the past few years.

If you are an employer in California, you need to be aware of the current independent contractor laws in California to ensure that you classify your workers in compliance with state law and avoid harsh penalties for misclassification.

Employers can avoid problems with the misclassification of workers by working with an experienced employment lawyer. At Structure Law Group, our lawyers help understand employers their rights and obligations to ensure their compliance with all applicable state and federal laws.

The law codified the “ABC” test in the landmark court decision in the so-called Dynamex case. Under AB5, any worker is presumed to be an employee. The employer has the burden to prove that the worker should be classified as an independent contractor.

For this purpose, employers in California must use the three-part “ABC” test. A worker is an independent contractor as long as they meet the following three criteria under the test:

A worker is an independent contractor if they satisfy the criteria of the ABC test. However, there are many exemptions to consider, including those created by Proposition 22 in November 2020.

What is Proposition 22, and How Does It Affect California’s Independent Contractor Laws?

While AB5 primarily targeted the gig economy, including ride-sharing companies like Uber and Lyft, a costly ballot initiative exempted workers from AB5 and allowed delivery and ride-share drivers to retain their independent worker status.

Proposition 22, which became the costliest ballot measure in California’s history, was approved during the November 2020 elections and reclassified millions of gig workers and ride-share drivers as independent contractors.

However, after hundreds of lawsuits were filed, an Alameda County Superior Court Judge declared that parts of Prop. 22 were unconstitutional in August 2021. Currently, Proposition 22 remains in effect during appeals, but the future of independent contractor laws in California is uncertain at this point.

Get a case review with our California employment lawyers at Structure Law Group by calling (408) 441-7500 or contact us online.