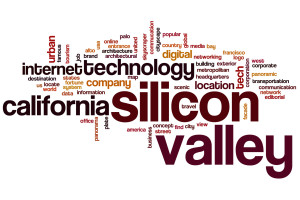 Another aspect of starting a business in the United States of which non-resident aliens should be aware are the multitude of business entities under which one could potentially operate. These options often include the following:

These options have significant differences as well as certain advantages and disadvantages of which entrepreneurs should be aware. As a result, it is highly advisable to speak with a lawyer who is familiar with business entity formation in the United States prior to filing any paperwork.

Designate a person or entity as a registered agent

Most jurisdictions require that a business entity have a registered agent in the state. The registered agent acts as the person or party that can accept any official communication directed at the company.

In order to conduct business in the United States, your company will need to obtain an Employer Identification Number, or EIN, from the Internal Revenue Service. This number will allow your business to open bank accounts and file tax returns within the United States.  In many cases, obtaining an EIN can be complicated for foreign nationals, but there are often several ways in which an attorney can help expedite and streamline the process.

In some ways, this can be the most onerous steps of starting a business in the United States from overseas. In many instances, banks require a person wishing to open a bank account to be physically present at the time the bank account is opened, which can be difficult or even impossible for certain people who wish to start a business in the United States. Fortunately, there are often several options that may allow a business owner to operate without a U.S. bank account or open one without the cost and time associated with coming to the United States. An attorney familiar with business formation will be able to advise you as to your options based on your specific situation.

Starting a business in the United States or expanding an existing venture into the U.S. market can be a lucrative endeavor. While certainly possible, there are often many hurdles to overcome, and it can be extremely helpful for foreign nationals to navigate the process of starting a United States business with the help of an attorney. As experienced business formation lawyers, we have the skill and knowledge required to get your business up and running as soon as possible. To discuss your legal matter with one of our lawyers, call Structure Law Group, LLP today at 408-441-7500 or send us an email through our online contact form.