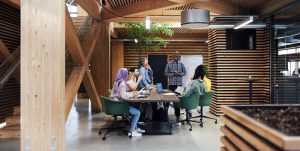 In recent years, California lawmakers have strengthened the state’s labor laws to increase workplace diversity. Employers must keep up with the ever-changing laws to ensure that they are fostering a diverse and inclusive workplace.

AB 979 is aimed at achieving diversity on boards of publicly held corporations headquartered in California. The new law requires qualifying companies to increase diversity on their boards of directors by including more directors from “underrepresented communities,” which are defined as individuals who self-identify as:

Legislators’ latest effort to increase workplace diversity requires publicly held companies covered by the law to successively increase the proportion of directors from underrepresented communities on corporate boards by December 31, 2022:

In addition, starting on March 1, 2022, or sooner, the California Secretary of State will be required to publish annual reports documenting affected corporations’ compliance with AB 979.

California’s other measure aimed at compelling employers to diversify their workplaces and eliminate discrimination requires certain employers to file new pay and hours data reports with the Department of Fair Employment and Housing (DFEH). The new law applies to private employers with at least 100 employees that are required to file an annual Employer Information Report (EEO-1) pursuant to federal law.

The new pay and hours data must be filed annually starting on or before March 31, 2021. The report must include the number of employees categorized by:

The pay data report must include W-2 income and hours worked for all employees. The new law authorizes the DFEH to investigate and prosecute employees’ complaints alleging equal pay violations or compensation discrimination.

Speak with a California Employment Lawyer

Given that California labor laws are constantly changing, employers need to keep their fingers on the pulse of new laws to ensure that they achieve workplace diversity as required by state and federal law.

Contact a California employment lawyer to ensure that your company is in compliance with all applicable laws to avoid potential complaints of discrimination and DFEH claims. Get a case review with our attorneys at Structure Law Group by calling (408) 441-7500.