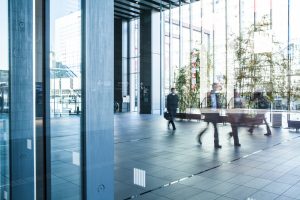 Corporations are subject to many fiduciary rules that govern their operations. Most business persons are familiar with the prohibition on interested transactions and placing one’s own financial interests ahead of the company’s. Yet the application of this rule varies widely from state to state. The Delaware Supreme Court has recently issued a ruling that will apply to the many businesses which fall under Delaware’s state laws of corporate governance. Learn more about the standard of review for interested transactions between a controlling shareholder and their subsidiary company:

The litigation started with a dispute between the shareholders of M&F Worldwide (MFW). A merger was proposed between the controlling stockholder and a subsidiary company. Minority shareholders objected to the merger and brought suit to stop it. Prior case law had subjected such transactions to the stringent standard of “entire fairness.” Yet, in this case, where there were two important procedural safeguards protecting the minority interest, the Court of Chancery held that the more lenient “business judgment” standard could be applied. The ruling was appealed to the Delaware Supreme Court. Because the Supreme Court affirmed the ruling, it has created a new legal standard under Delaware law.