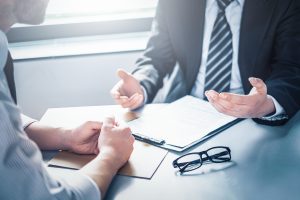 For businesses in financial distress, the right path forward may mean choosing between a reorganization or a liquidation.  Businesses have a number of options available to them, each of which include their own benefits and drawbacks.  You should speak with a bankruptcy attorney before deciding which approach makes the most sense for your business.

If a reorganization is not feasible, one of the available options is an Assignment for the Benefit of Creditors — commonly referred to as an “ABC.”

The overall costs are generally lower than in bankruptcy, so ABCs can often result in better outcomes for creditors than bankruptcy.

There are certain risks to the business owners.  Unlike bankruptcy, an ABC does include an automatic stay, so creditors are not prohibited from trying to take action to collect on their claims during the process.  Assignees can generally stop such efforts, but moving forward with an ABC without the support of the creditors can be more challenging than in bankruptcy.

There is also no discharge of claims that are not paid in full, as there is in bankruptcy, so creditors with unpaid claims may continue to pursue those claims.  For this reason, ABCs are not generally a good choice for unincorporated businesses, or businesses where the shareholders have made personal guarantees of the business’s debts.  ABCs are also not a good choice for corporations that have been lax in observing the corporate formalities necessary to maintain the limited liability of the corporate form.

Liquidating a business in financial distress can entail substantial risks.  You should always have an experienced business bankruptcy attorney on your side who understands the bankruptcy process and alternatives to bankruptcy and who can protect your rights.  Call the San Jose debtor & creditor attorneys at Structure Law Group, LLP today at 408-441-7500 or email us with any questions on what you can do to help protect your business in the current environment.