Corporate officers, partners in a partnership, and members of a limited liability company owe a fiduciary duty to the principal, i.e., the business entity, to act in the best interest of the organization. Failure to act in the principal’s best interest or actively competing against the principal to which a fiduciary duty is owed exposes the fiduciary, the agent of the principal, to civil liability. Care must be taken by the fiduciary not to compete against the organization to which they owe their duty of loyalty. The Silicon Valley Business Attorneys’s at Structure Law Group, LLP are highly experienced in preventing and resolving corporate disputes that may arise from a breach of fiduciary duty. 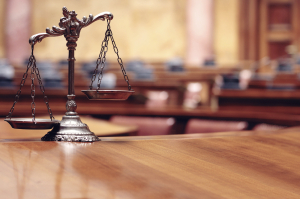 END_OF_DOCUMENT_TOKEN_TO_BE_REPLACED

A limited liability company (“LLC”) is one of the most favored forms of business entities because they combine the advantages of a corporation, such as limited liability and protection of their members from investor-level liability, with the advantages of a partnership, such as “pass-through tax treatment.” Additionally, LLCs are characterized by the informality of its organization and internal governance, set forth through an internal contract called the operating agreement.  An LLC member can be an individual, a corporation, a partnership, another limited liability company or any other legal entity.

An LLC can be structured as a manager-managed or member-managed LLC.  In a manager-managed LLC, the members appoint a manager or managers to run and manage the LLC while the members take on a more passive role.  In a member-managed LLC, all the members share in managing the day-today operations of the LLC.  The managers or managing members who have been charged with the responsibility of running the LLC are obliged to act in the best interest of the LLC. The duties connected to this obligation are  known as fiduciary duties.   The key fiduciary duties are the duty of loyalty and the duty of care.  These duties are specifically defined by California law, as discussed in more detail below.

Requirements of a Fiduciary Duty

END_OF_DOCUMENT_TOKEN_TO_BE_REPLACED

Starting a business with a partner can be highly beneficial: collaborations offer many benefits and are particularly popular with startups and firms providing professional services. When you start a business with another person or people, the last thing you expect is to end up in a disagreement about business ownership. Unfortunately, these kinds of disputes arise on a regular basis and can have a significant impact on the success of your business as well as your personal bottom line. 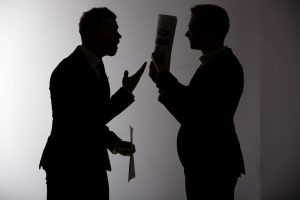 Business disputes can arise in a variety of contexts – here are some of the most common situations:

END_OF_DOCUMENT_TOKEN_TO_BE_REPLACED

As an innovator or entrepreneur, you may launch a business for a variety of reasons. At first, a primary reason is to develop a profitable product or technology you believe will provide a nice return.  But, creating the next popular app or useable technology could lead to a life-changing acquisition of your business at a premium valuation.  At the same time, if your business is not performing as you had hoped, selling may be the best option for you. These are only a few reasons why you may want to sell your business. 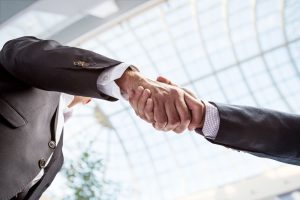 It is important that businesses considering a sale of their company obtain the guidance of legal counsel. A Silicon Valley business attorney will be able to work with owners to identify and avoid potential legal issues that may arise with the potential sale of the business.  These pitfalls could include, for example, issues with due diligence, fiduciary duty and duty of care, voting requirements, corporate compliance, shareholder approval, intellectual property, and lien holder negotiation.  After all, once a decision is made to sell the business, the goal is not only to get a good offer but to be able to actually get the deal done.

Owners considering a sale of their business should consider the following four tips:

END_OF_DOCUMENT_TOKEN_TO_BE_REPLACED

“A director shall perform the duties of a director, including duties as a member of any committee of the board upon which the director may 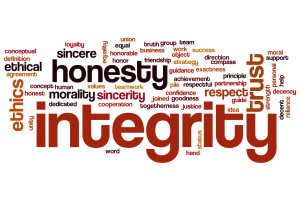 serve, in good faith, in a manner such director believes to be in the best interests of the corporation and its shareholders and with such care, including reasonable inquiry, as an ordinarily prudent person in a attorney like position would use under similar circumstances.”